MEDICAL MALPRACTICE IS
OUR FIELD OF EXPERTISE

The majority of the cases we handle involve medical negligence or drug injuries. We know how to resolve your case efficiently and successfully. 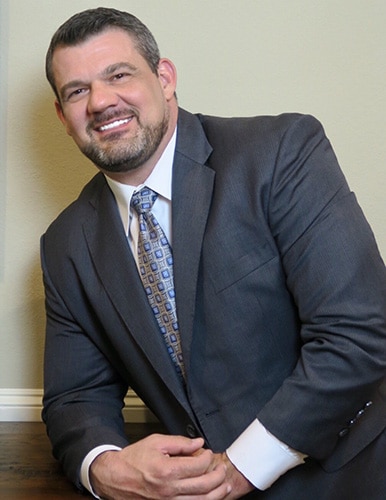 Tommy Hastings is the founder and principal of Hastings Law Firm  He was born and raised in rural Missouri where he learned the values of honest, hard-working people.  He received a bachelor’s degree from the University of Missouri before coming to Texas.  He attended the University of Houston Law Center where he graduated with honors.

Upon graduation, Tommy immediately began to represent people who had been injured through the fault of others.  He began his career at a long-established Plaintiff’s firm in Houston obtaining a multi-million dollar verdict just three months after passing the bar exam.  While there, he handled all types of cases involving personal injury, medical malpractice, and products liability.

In 2002, Tommy joined another prominent law firm in Houston where he developed a significant interest in medical malpractice cases.  Over the next few years, he tried numerous cases to a jury involving wrongful death and catastrophic injury, obtained significant settlements for his clients, and handled several appeals.  In 2004, Texas magazine named Tommy as one of the “lawyers on the fast track.”

In 2005, Texas Monthly Magazine selected Tommy as a “Rising Star”. An honor he received again in 2007, 2008 2009, and 2010. In 2010, Tommy was selected for Texas Super Lawyers and every year since then. He is also a member of the Million Dollar Advocates and the Multi-Million Dollar Advocates which is one the most prestigious groups of trial lawyers in the United States. Membership is limited to attorneys who have won million and multi-million dollar verdicts and settlements. There are over 3000 members throughout the country. Fewer than 1% of U.S. lawyers are members.

Tommy is Board Certified in Personal Injury Trial Law by the Texas Board of Legal Specialization.

Tommy founded Hastings Law Firm in 2005.  He proudly represents injury victims against large corporations and insurance companies.  He never has and never will represent the powerful against the powerless.  Although he believes a lawyer should always use his head to practice law, he believes that cases are won by the lawyer using his heart.  He does not believe that a lawyer should remain emotionally uninvolved in his client’s case, but instead the lawyer should feel their pain as if it were his own.

Areas Of Practice
Our attorneys have extensive experience examining, preparing, and presenting complicated medical evidence for all types of healthcare related injuries. We have helped clients all across the nation recover compensation for mistakes made by physicians, hospital staff, nurses, medical facilities, and pharmacists.

Prescription medications are not as safe as pharmaceutical companies would have us believe. If you suffer severe side effects after taking a prescribed drug, you need an experienced attorney.

Nurses are under intense pressure in medical facilities, often resulting in nursing errors which cause harm to patients. Our lawyers are skilled in handling mistakes & omissions made by nursing staff.

A hospital stay shouldn’t result in additional injuries or illnesses to patients. Those harmed at a medical facility by negligence or a lack of duty of care deserve compensation for their injuries.

Surgical mistakes can cause serious injuries & possible life-long issues. If you or a loved one underwent surgery and suffered an unnecessary side effect, injury, or repeat surgery due to negligence, call us today!

Birth injuries resulting from medical malpractice are among the most devastating and emotional injuries a family can suffer. Call now if you have reason to believe your child was injured due to negligence during pregnancy or delivery.

Nursing home staff are expected to provide their residents a high quality care. If you think that your loved one has sustained a trauma due to an error by nursing home staff, contact us today.

Missing a diagnosis is a severe and not unusual mistake. If you have suffered as a result of a medical professional failing to discover your illness, our attorneys are here to ensure they are held responsible.

When a medical professional makes an error, the damages can be severe and lifelong. If you think that you have suffered an injury as a result of medical negligence, Hastings Law Firm is here to assist you.

If you have suffered harm due to the negligent actions of another, you may be entitled to compensation under Texas laws. The Hastings law firm represents victims throughout Texas who’ve been seriously injured or suffered a loss.

SPEAK WITH AN EXPERT

HAVE QUESTIONS? NOT SURE IF YOU HAVE A CASE? WE'RE HERE TO HELP.

Don’t Wait! Contact Us Today to Get the Help You Deserve From One of the Best Medical Malpractice Law Firms in Texas.

We represent clients from all across Texas. If you or a loved one has been injured by medical negligence of a healthcare provider or facility, contact us now for a free consultation. Our personal injury attorneys will review the details of your case, make sure you understand your legal rights, and discuss the possibilities of a lawsuit. Call us at the number below or complete the form and a member of our staff will contact you as soon as possible. All consultations are strictly confidential.

Average Rating 5 out of 5 stars
based on 53 reviews

Fantastic law firm! Getting our negligence case settled took longer than originally expected but in the end the results were well worth it. Mr. Hastings and his office were always professional, polite, and thorough in explaining my case to me. Bug thanks to him and his staff for helping me through this ordeal.

We couldn’t have made a better choice by hiring the Hastings Law Firm to represent us. The staff was always professional but they showed real concern for our case and made it personal. If you need a great law firm, I would happily recommend them.

Tommy is a great guy, genuinely concerned about his clients. This is evident in not only how he runs his firm but the fact that he chose to focus on medmal, something other attorneys have abandoned. If you’re looking for someone that will fight for you tooth and nail, he’s your man.

Tommy Hastings and his staff provided a much needed voice for us during our crisis. His attention to detail went beyond the scope of simply practicing law. He is honest, informative, pragmatic and communicated well with us from start to finish. In a sea full of competing attorneys, Tommy has cast a reputation for himself as the very best. I highly recommend his services.

Tommy Hastings went above and beyond during my crisis. He genuinely cares about his clients and delivered a straight-forward, honest method to resolve my issue as quick as possible. If you want the best of the best then look no further. You’ve found him.

I was represented better than I could have ever imagined. My needs were put first and was treated as a friend rather than a number. My opinions were valued, my nerves were calmed and the process was always explained. Tommy Hastings and his staff go above and beyond! I couldn’t have asked for a better law firm or attorney!

I can’t say enough great things about this law firm. The staff was friendly and courteous every step of the way. They kept me informed and explained all of my options. Tommy was amazing to work with and I couldn’t be more satisfied with my outcome. If I could give him 10 stars, I would. If you don’t go with Hastings, you are doing yourself a disservice. Highly recommend.

I would highly recommend Tommy and his law firm. He represented us in a case where a simple surgery left my mother permanently disabled. His staff was very professional and diligent and kept me well informed throughout the case. In the end we are happy with the settlement she received and feel lucky to have had Tommy as our attorney.

My brother had an unnecessary surgery which left him with severe neurological issues. We called several attorneys but chose Hastings because of their focus on cases like this. While the case is still pending, we’ve already received a settlement offer that was very close to what we were looking for. Many thanks go out to Tommy and his great team!

We’re blessed to have found the Hastings law firm. Tommy and Greg were outstanding! Both attorneys were very responsive, professional, and helpful with any questions we had about our case. Their entire staff went above and beyond to keep us updated and most of all, calm. My family feels as though we have been made (mostly) whole again. Thank you both for your hard work.

Tommy Hastings and his team of personal injury attorneys have successfully tried and settled thousands of medical negligence lawsuits in the U.S., resulting in the recovery of millions of dollars in compensation for their clients. These results have earned them the reputation of being one of the best medical malpractice plaintiff firms in the nation.